Leading Better For My Friends Without An Address

I had one plan but God had a better one. 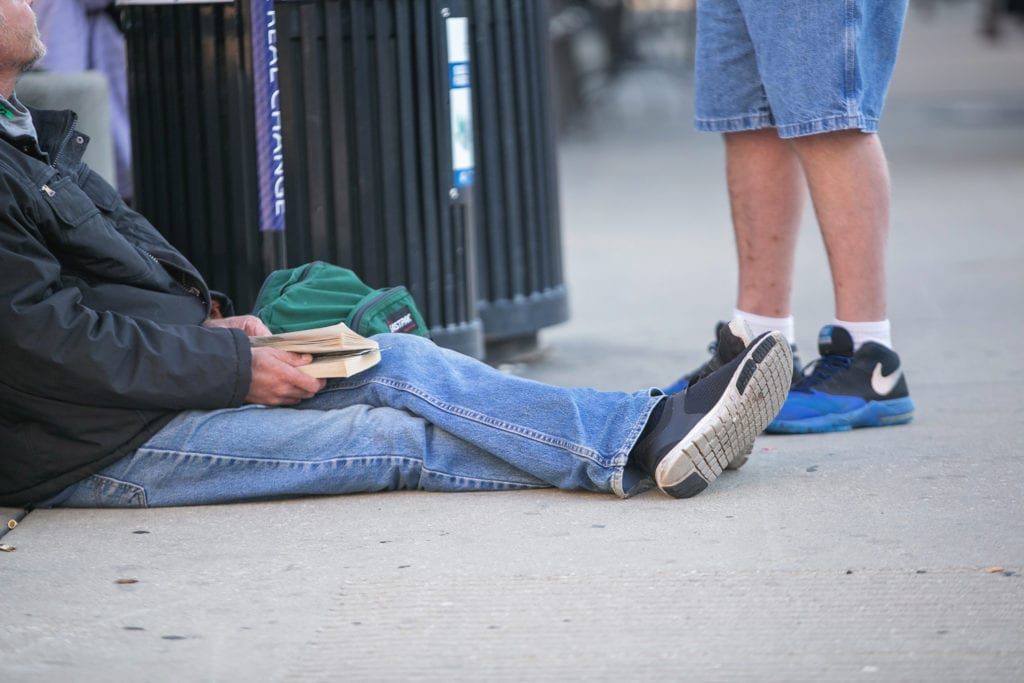 If you had told me in May 2011, as I was handed my diploma, that I would be leading a homelessness ministry, I probably would have told you that you were crazy. I come from a small town in central Illinois where stereotypes generally run rampant. I grew up hearing that homeless people should “just get a job” or “maybe if they’d quit drinking they could do better.”

As a community, we have forgotten what it means to offer dignity and empowerment and, on some level, we have severely enabled our friends to remain in their downward spiral. Through my professional experience of working as a crisis clinician in the emergency departments, then at a men’s transitional housing program, and finally at C-U at Home, I have realized that the stereotypes are just that and do not reflect the majority of the population I serve. I realized that if we were going to better serve our friends without an address, we had to get relational. We had to work to develop trusting relationships with those we serve in order for them to move forward.

The word “homeless” carries such a negative stereotype but the word “friend” elicits a totally different cognitive response.

One of the biggest triumphs I have seen over the past year has been a changing of the dialogue in several circles. Individuals are beginning to use the terms “friends without an address” and “friend on the street” or even just “friend.” The word “homeless” carries such a negative stereotype but the word “friend” elicits a totally different cognitive response. No longer is the person a “drunk, smelly, lazy, bum,” but instead a “caring, trusting, hurting, person in need.”

My passion comes from wanting to serve those on the street with grace-centric, God-honoring, empowering best practices, which by and large does not line up with governmental best practices.

I have held onto the following words from Robert Lupton ever since reading them, “The greatest poverty of all is having nothing of value to offer the community. I want to believe that no one in my community is that poor.”

Using the skills I learned at the Summit to propel ministry forward. 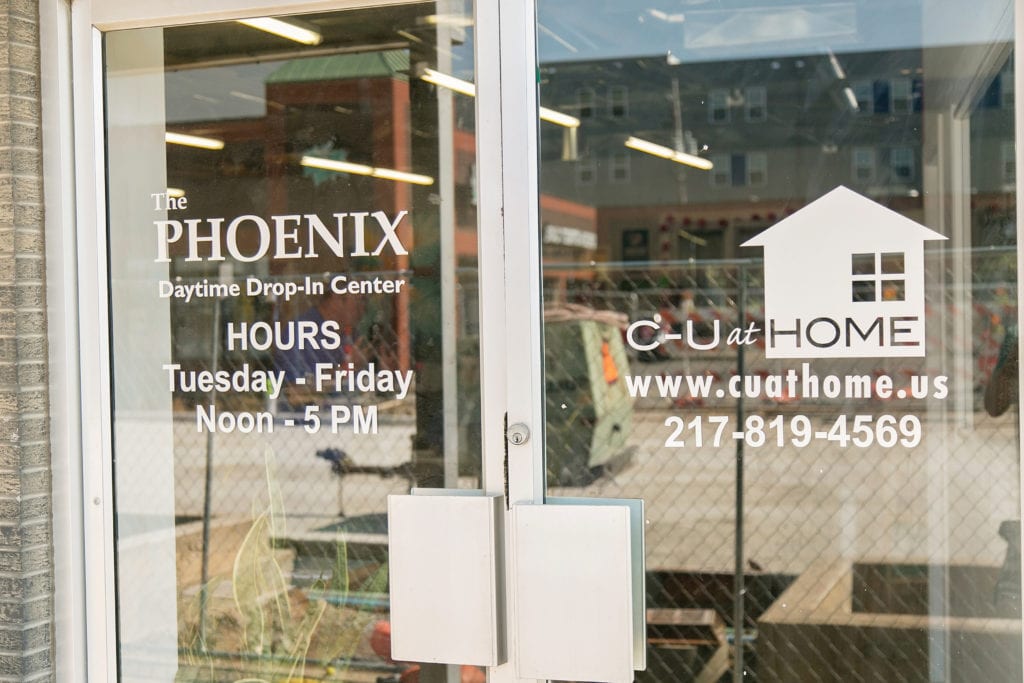 I am excited to use the skills I have learned during the Summit to work to transform our community and reinvigorate services for those who are the most vulnerable. I can’t thank the Summit coordinators enough for providing me this opportunity to rekindle my fire and prepare me to lead better; with my staff and with the community.

I feel we have an opportunity to transform our community further and show them that each individual, whether they have an address or not, is loved by God and one of His children. Through building trust and true relationships with those we serve, I feel we can accomplish this.

Leadership is more hard work and determination than I first realized.

As a 29 year-old and a part of the “millennial” generation, I feel like society as a whole told us that we can have anything we want just because we want it. I graduated college expecting a high paying job, success and happiness to just come knocking at my door. This is a falsity and a travesty for those in my generation and the one after us.

My main Summit takeaway stems from seeing all the presenters, on some level or another, talk about hard work and determination and remembering that leadership can be hard. This has changed the way I lead because I am able to encourage my staff to aim high with their goals, not only for themselves but for those on the street whom we serve.

Listening to the presenters at the Summit reminds me that to achieve our dreams, we have to keep learning, be willing to have difficult conversations and view obstacles as stepping stones and not stumbling blocks. I used to become frustrated with obstacles and carried a “woe is me” kind of attitude. I realized that trials develop you as a leader and allow you to be better prepared for the next one.

The Summit gives me skills to pursue the “why” behind what we do. 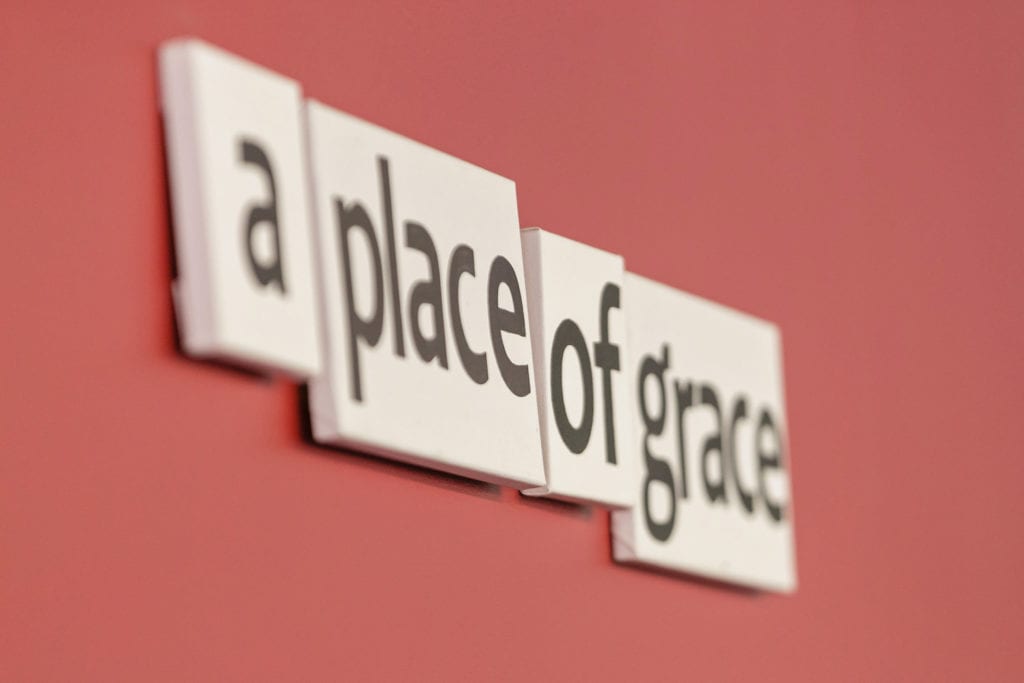 We had a male and female come to our drop-in center one day—both heroin addicts and both seeking inpatient treatment. We found out that the woman was pregnant with twins and due to her heroin use, the babies could be in danger. We were able to get her to a medical facility where they made sure the babies were okay and then into a substance abuse program that could work with her through her pregnancy.

She texted one of our staff a few months later with a picture of the twins—two beautiful baby girls. I still want to cry each time I think about that story because it wasn’t just one life that was saved that day, but three.

What I would have missed if I hadn’t pursued God’s calling for my life.

I can tell you with a great deal of certainty exactly where I would be if I hadn’t pursued God’s calling in my life. I would still be at Menard’s working as an assistant department manager in the Building Materials department.

I have God to thank for every good thing in my life. If I hadn’t pursued my passion for helping people, I wouldn’t have the opportunity to share this story with my community. The world would be missing out on a story that took a small town kid who came out of college with an inflated sense of self, got a dose of reality and watched as God chiseled him into the person He wanted the world to see. It’s very humbling to even think about that and my attitude of gratitude is invigorated by looking back and seeing all that God has done in my life.

Executive Director of C-U at Home

Rob Dalhaus III is the executive director of a homeless ministry called C-U at Home, located in Champaign, Ill. They are dedicated to serving the most vulnerable homeless population by showing the love of Christ, and walking alongside them in their faith journey and in their journey to obtain housing. Rob attended The Global Leadership Summit for the first time in 2017, and credits the Summit to re-invigorating his ministry, leadership and gaining skills to propel his ministry forward.